Pulpitis is inflammation of the dental pulp or tissue in the center of a tooth. The dental pulp comprises soft connective tissue, nerves, and the blood supply for the tooth.

Inside the innermost part of each tooth is an area called the pulp. The pulp contains the blood, supply, and nerves for the tooth. Pulpitis is a condition that causes painful inflammation of the pulp. It can occur in one or more teeth and is caused by bacteria that invade the tooth’s pulp, causing it to swell.

Irreversible pulpitis may lead to a type of infection called a periapical abscess. This infection develops at the root of the tooth, where it causes a pocket of pus to form. If not treated, this infection can spread to other parts of the body, such as the sinuses, jaw, or brain.

Pulpitis is inflammation of the dental pulp. It is how a dentist might describe ‘toothache.’

The pulp inside a tooth consists of vascular tissues, blood supply, nerves, and connective tissue. When the pulp is inflamed, a person may experience pain from the tooth’s nerve.

Pulpitis can be reversible or irreversible.

What are the two forms of pulpitis?

There are two forms of pulpitis, namely, reversible and irreversible pulpitis. The latter is further classified into symptomatic and asymptomatic pulpitis.

Based on the clinical findings, if the pulp tissue fails to repair and is painful, the condition is referred to as symptomatic irreversible pulpitis. Some of the specific features of this disorder include excruciating pain on contact with hot stimuli, which persists for 30 seconds or more. The pain can also begin spontaneously and may spread to other parts. It has also been observed that the pain may be aggravated by a change in body position. Usually, teeth affected by irreversible pulpitis are challenging to diagnose primarily because the infection has not reached the bottom portion of the tooth structure, referred to as the periapical region.

Asymptomatic irreversible pulpitis is also diagnosed based on the clinical examination. Here there is no pain or discomfort at the time of testing, and the affected teeth are detected by thermal testing.

Reversible pulpitis is the condition in which the dental pulp is inflamed, but reverts to normal upon the removal of the offending factors. The inflammation of the pulp tissue in reversible pulpitis is generally mild to moderate. For instance, one may experience discomfort in the consumption of cold or sweet foods. However, the pain is relieved upon removal of the stimulus. In general, reversible pulpitis is quick to heal with the correction of the root cause, that is, once the underlying condition is treated. Nonetheless, periodic evaluation is necessary to ensure the complete healing of the condition.

In reversible pulpitis, there is typically mild inflammation in the pulp, and people have short-lived pain.

If a person is experiencing reversible pulpitis, a tooth may have a cavity, but it is not deep yet, and so bacteria are absent in the pulp.

With the reversible form of pulpitis, eating something sweet or cold may cause pain, but this pain goes away once the stimulant is gone.

The tooth pulp is typically healthy and, with treatment, it is possible to save the tooth and for the nerve to heal.

Irreversible pulpitis is one of the most frequent reasons for a person to seek emergency dental treatment.

Irreversible pulpitis occurs when bacteria spread to the nerve, and there is significant inflammation of the pulp.

Irreversible pulpitis can lead to an infection at the end of the tooth if the bacteria in the pulp cause the nerve to die. This is called pulp necrosis, or pulp death.

If necrosis occurs, a pocket of pus may form at the end of the tooth’s root, known as a periapical abscess, or dental abscess. It can cause severe pain, especially when biting.

Left untreated, the infection can spread to other parts of the body, including the brain.

What are the symptoms?

Other symptoms of both forms of pulpitis include:

Irreversible pulpitis may include additional symptoms of infection, such as:

Signs and symptoms of infection may also accompany irreversible pulpitis if the inflammation progresses, and may include:

What are the various causes of pulpitis?

The causes of pulpitis are broadly classified into physical, chemical, and bacterial causes.

Pulpitis due to thermal causes occurs in situations such as excessive liberation of heat during dental procedures like cavity preparation during the treatment of caries, or because of the heat produced during the polishing of a tooth filling.

Barodontalgia is the phenomenon in which tooth pain occurs at high altitudes due to the low atmospheric pressure. Chronic pulpitis may be symptomless at the lower levels; however, such teeth may become painful at higher altitudes above 5,000-10,000 feet.

hat are the risk factors?

Anything that increases the risk of tooth decay, such as living in an area without fluoridated water or having certain medical conditions, such as diabetes, may increase the risk of pulpitis.

Children and older adults may also be at increased risk, but this is largely determined by the quality of dental care and oral hygiene habits.

Lifestyle habits may also increase the risk of pulpitis, including:

How is it diagnosed?

Pulpitis is typically diagnosed by a dentist. Your dentist will examine your teeth. They may take one or more X-rays to determine the extent of tooth decay and inflammation.

A sensitivity test may be done to see if you experience pain or discomfort when the tooth comes in contact with heat, cold, or sweet stimuli. The extent and duration of your reaction to the stimuli can help your dentist decide if all, or only part, of the pulp, has been affected.

An additional tooth tap test, which uses a lightweight, blunt instrument to gently tap on the affected tooth, can help your dentist determine the extent of the inflammation.

Your dentist may also analyze how much of the tooth’s pulp is damaged with an electric pulp tester. This tool delivers a tiny, electrical charge to the tooth’s pulp. If you’re able to feel this charge, your tooth’s pulp is still considered viable, and the pulpitis is most likely reversible.

How is it treated?

Treatment methods vary depending on whether your pulpitis is reversible or irreversible.

If you have reversible pulpitis, treating the cause of the inflammation should resolve your symptoms. For example, if you have a cavity, removing the decayed area and restoring it with a filling should relieve your pain.

If you have irreversible pulpitis, your dentist may recommend you see a specialist, such as an endodontist. If possible, your tooth may be saved through a procedure called a pulpectomy. This is the first part of a root canal. During a pulpectomy, the pulp is removed but the rest of the tooth is left intact. After the pulp is removed, the hollow area inside of the tooth is disinfected, filled, and sealed.

In some instances, your entire tooth will need to be removed. This is known as tooth extraction. Tooth extraction may be recommended if your tooth has died and cannot be saved.

After a pulpectomy or tooth extraction, let your surgeon know if you experience any of these symptoms:

We love our patients and love to help them form healthy dental life that will last them a lifetime. For more information call us to answer all of your questions so get an appointment today 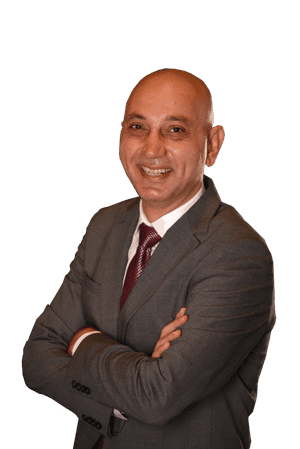 Dr. Seif received an award in Aesthetic Dentistry and an Advanced Standing Achievement Certificate and held a position as a part-time clinical instructor.

Dr. Seif has more than 15 years of experience as a dentist and has obtained two dental degrees. Dr. Seif earned his first degree in dentistry in Syria in 1998 and practiced general dentistry until coming to the US to advance his education by earning a second dental degree from Loma Linda University School of Dentistry, a world-renown dental institute. While at Loma Linda, Dr. Seif received an award in Aesthetic Dentistry and an Advanced Standing Achievement Certificate and held a position as a part-time clinical instructor.

Dr. Seif’s compassion and friendly nature is evident to his patients. He believes that every individual should be treated in a kind, caring and respectful manner. Dr. Seif is dedicated to life-long learning and enjoys participating in post-graduate courses that enable him to provide his patients and community with the excellent dental care he believes every person deserves.

Moving from the Dallas-Fort Worth area in 2014, Dr. Seif now calls Baytown his home. Along with cooking, friends, family and his dog, Sophie, he enjoys southern culture. He is enthralled by the friendliness and hospitality he finds in Texas, saying, “This is exactly the kind of community I want to live and practice in!” 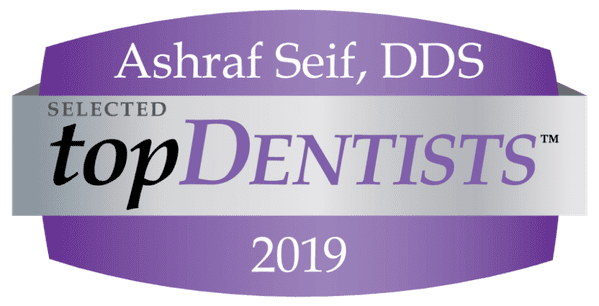 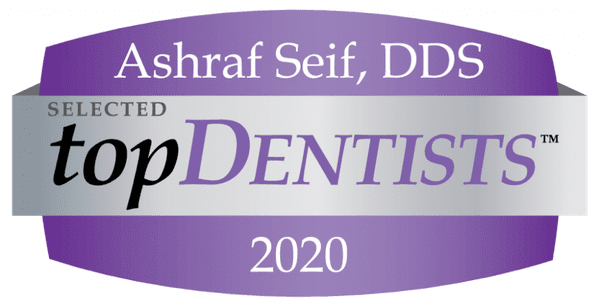